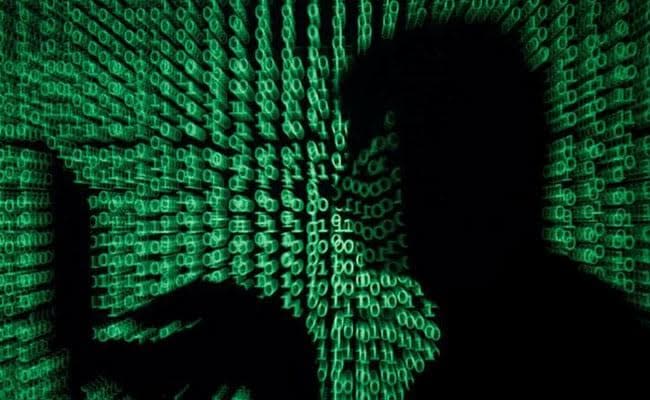 The Kremlin has insisted there was no evidence Russia was behind the attack. (Representational)

Ukraine said Sunday it had evidence that Russia was behind a massive cyberattack that knocked out key government websites this past week, as Microsoft warned the hack could be far worse than first thought.

Tensions are at an all-time high between Ukraine and Russia, which Kyiv accuses of having massed troops on its border ahead of a possible invasion.

On Friday, Washington also accused Russia of sending saboteurs trained in explosives to stage an incident that could be the pretext to invade its pro-Western neighbour.

“All the evidence points to Russia being behind the cyberattack,” the Ukrainian digital transformation ministry said in a statement.

“Moscow is continuing to wage a hybrid war.”

The purpose of the attack, said the ministry, “is not only to intimidate society. But to also destabilise the situation in Ukraine, halting the work of the public sector and crushing Ukrainians’ trust in the authorities”.

The Kremlin has insisted there was no evidence Russia was behind the attack.

“We have nothing to do with it,” President Vladimir Putin’s spokesman Dmitry Peskov told CNN. “Ukrainians are blaming everything on Russia, even their bad weather in their country,” he said in English.

Kyiv said late Friday it had uncovered the first indications that Russian security services could have been behind the cyberattack.

Ukraine’s SBU security service said the attacks, in the early hours of Friday, had targeted a total of 70 government websites.

The website of the foreign ministry for a time displayed a message in Ukrainian, Russian and Polish that read: “Be afraid and expect the worst.”

Within hours of the breach, the security service said access to most affected sites had been restored and that the fallout was minimal.

But Microsoft warned Sunday that the cyberattack could prove destructive and affect more organisations than initially feared.

The US software giant said it was continuing to analyse the malware and warned it could render government digital infrastructure inoperable.

“The malware, which is designed to look like ransomware but lacking a ransom recovery mechanism, is intended to be destructive and designed to render targeted devices inoperable rather than to obtain a ransom,” Microsoft said in a blog post.

The number of affected organisations could be larger than initially thought, Microsoft warned.

But Rick Holland, Chief Information Security office at San Francisco-based Digital Shadows, said this kind of attack was part of the Russian playbook.

“Whether Russia encourages other actors or directs cyber operations themselves, Russia seeks to disrupt government and private institutions of their geopolitical opponents.”

John Bambenek, of US cybersecurity firm Netenrich, said: “Recovery depends on each entity, but Ukraine has a long history of responding to and recovering from sabotage attacks from Russia.”

Russia has amassed tanks, artillery and tens of thousands of troops near the border of Ukraine and demanded guarantees that its neighbour will never join NATO.

Senior Russian and Western officials held three rounds of talks in Geneva, Brussels and Vienna this last week without achieving a breakthrough.

By the end of the week, Washington warned that Moscow could stage a false flag operation within weeks to precipitate an invasion.

US national security advisor Jake Sullivan said Sunday Washington would set out its next steps in the crisis after consulting with its partners in the coming days.

“But the key point here is that we’re ready either way,” Sullivan told CBS.

“If Russia wants to move forward with diplomacy, we are absolutely ready to do that in lockstep with our allies and partners.

“If Russia wants to go down the path of invasion and escalation, we’re ready for that too, with a robust response.”

‘Look in the mirror’

On Sunday, NATO chief Jens Stoltenberg again called on Russia to de-escalate, adding that “we are ready to sit down and also listen to their concerns”.

Putin’s spokesman Peskov said that there were “some understandings between” Russia and the West.

“But in general, in principle, we can now say that we are staying on different tracks, on totally different tracks. And this is not good. This is disturbing,” he told CNN.

Ukrainian Foreign Minister Dmytro Kuleba said Kyiv and its Western partners were working on a broad “package to contain Russia” that would include “painful” new sanctions and moves to ramp up defence cooperation with the West.

“If Putin wants to know why neighbours are seeking to join NATO he only needs to look in the mirror,” he said in remarks released by the foreign ministry on Sunday.

These African heritage sites are under threat from rising seas, but there’s still time to save them BlogM - To reveal all dark secrets

Climate change: The world needs to ditch coal to save humanity BlogM - To reveal all dark secrets